In addition to the scholarships that the Adam Herold Legacy Foundation sponsors there are scholarships awarded in memory of Adam that we would like to highlight.

These are scholarships or awards that are presented in memory of Adam, at events including:

Beginning with the 2000 Jr. Pats and going forward every year for ten years, a letter will be sent to Jr. Pats Alumni asking interested players to apply for the Adam Herold Memorial Scholarship.

The Adam Herold Scholarship Committee will review all applications and determine a short list.  They will conduct a telephone interview with each of the nominees and then select the winner. The award winner will be chosen in June and will be presented with a letter acknowledging the award during the closing ceremonies of the Brick Invitational Tournament.  The payment of the scholarship will be conditional upon the winner providing proof of enrollment in a secondary school. 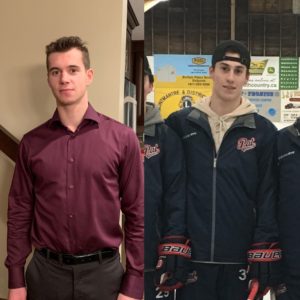 The Adam Herold Memorial Scholarship awarded by the Brick Invitational Hockey Tournament was awarded to:

The Kamloops International Bantam Ice Hockey Tournament (KIBIHT) introduced the Adam Herold Award which is presented to a player who shows great courage and perseverance. The player will be someone who has overcome adversity with leadership and dedication to the game of hockey. Adam participated in the KIBIHT tournament during his time playing with Prairie Storm and was named the tournament’s top defenceman and a first-team all-star in 2016. 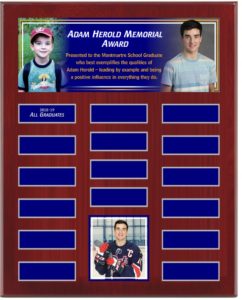 This $500 scholarship is presented by the Herold Family to a graduating student from Montmartre School in memory of Adam. The award is presented to a student who best exemplifies the qualities of Adam Herold – leading by example and being a positive influence in everything they do.

The Adam Herold Memorial Scholarship (Montmartre School) awarded by the Herold Family was presented to: 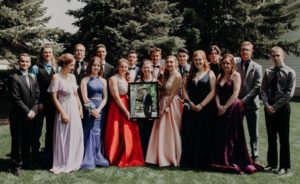