At Adam’s core he was a warm and compassionate soul. He cared for others and that was the one common theme in all that he did.

Adam Herold was a high performance hockey player who had just started his Western Hockey League (WHL) career with the Prince Albert Raiders, after completing a very successful Midget AAA season as the captain of the Regina Pat Canadians.  On April 6, 2018, on the way to a playoff game in Nipawin, the Humboldt Broncos’ bus was in a major accident that tragically took the life of sixteen members of the Humboldt organization, including Adam Herold.  We lost a true leader on that day, a young man destined to contribute to society.  Our Foundation is designed to honour his memory and recover some of the lost promise of such an outstanding young man.

Adam was mature beyond his years.  That is a credit to his parents and family.  He learned to be respectful and honest.  He loved openly with his teammates and became their big brother.  He was not just a guy in the room, he was their family.  The young players, male and female, just lit up when Adam was in the room.  They would do anything he asked because they knew he would do anything for them.  It wasn’t because he was the best player.  It was because Adam took the time to earn their trust and respect by making every one of them feel special.

While Adam was a superior talent, he connected with everyone he met.  One of his most enduring attributes was how friendly and humble he was.  He made friends wherever he went. He was level headed and non-judgmental.  There were times he was one of the best players on the ice, but it never went to his head.  He just wanted to be one of the boys.  He was someone who looked out for his teammates and always offered to help.

He was truly a small town kid at heart.  Always content with the simple things.  He loved the outdoors and all sports in general.

He loved his family and his community.  He spent many years serving at church and was loved and respected by his classmates.

When we assess what created the ability for Adam to be so good in so many roles we could focus on his intelligence, athleticism and environment.  All of these are important.  As we play our roles in life there is one thing that is consistent and that is our character, our genetic make up or our DNA, however you determine it.  At Adam’s core he was a warm and compassionate soul.  He cared for others and that was the one common theme in all that he did.  You can learn the rest but an authentic, compassionate person will always end up as a leader because people can sense the core of their being.  Adam was that guy. 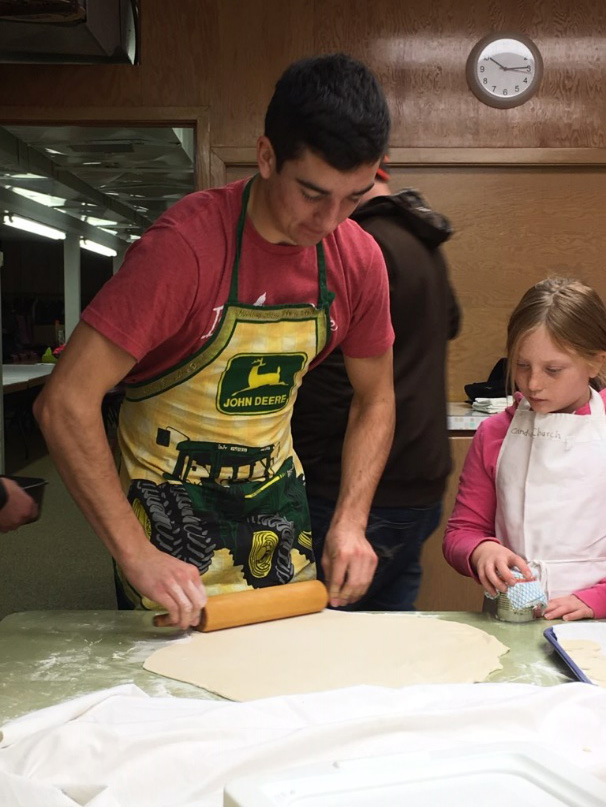