The Foundation hosted its first Hockey and Leadership Development Camps this October in the communities of Balcarres and Gravelbourg. Each community hosted a weekend camp for 80 of their minor hockey players. Sessions included general skills, power skating, puck skills, off-ice workouts, leadership and coaching sessions.

Both communities will be hosting a second camp in January. In the time between the October and January camps, the participants will be working hard to each complete 10 community service hours as a way to demonstrate their commitment to leadership in their communities. We look forward to returning to both communities in January!

“Thanks for coming. My daughter had so much fun! With both her dad and I being her coaches in hockey and ball, we try to change our focus off of the game/practice, and talk about teammates, leadership, and respect. This was the perfect weekend to reinforce that lesson! One of her biggest takeaways was hearing that Adam would bring his gear to the bus then go help the trainers load up. Not because anyone was watching, and not to be noticed, but just because he wanted to help. Adam sounded like an amazing kid. What an honour to be a part of his legacy!” 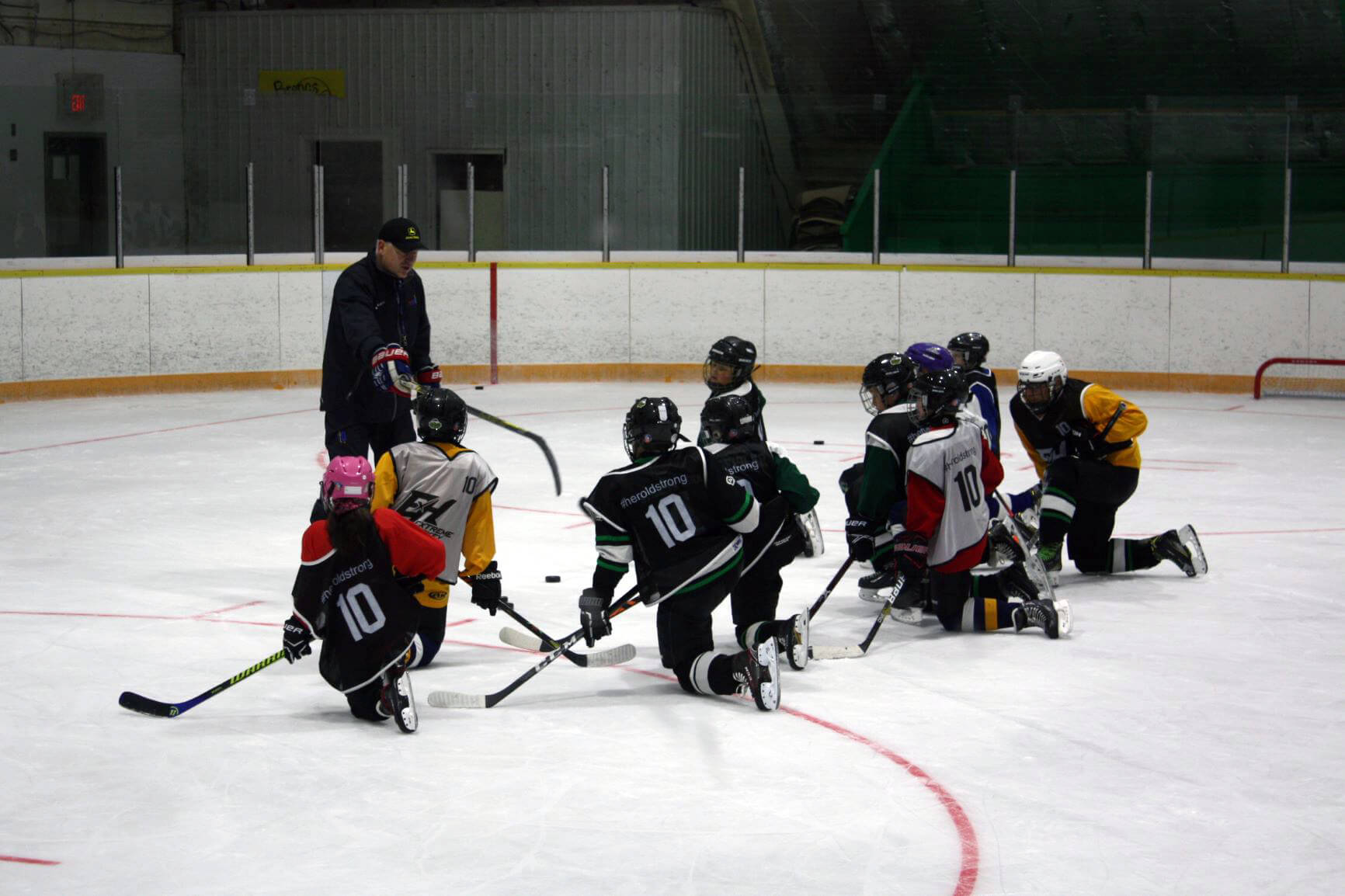